Returning to the Stamford Grand, the event hosted 120 attendees including retailers and suppliers from all over South Australia. The event was MC’d by none other than Kim Syrus, who has been a familiar face in the Australian garden media for nearly 2 decades and also filmed segments for his garden show at many of our member’s stores.

In keeping with tradition, the event held a fundraiser for Make A Wish foundation with a silent auction raising $2,850. The South Australian Hardware industry has helped raise $74,321, at our awards nights over many years. Thank you everyone who donated items for the silent auction.

This year we introduced gaming tables to the night. After all the awards were announced, everyone tried their luck playing Black Jack, Roulette and Poker well into the night. Sponsor branded fun money was the currency for the night.

Thank you to the generous support of the sponsors, without you we could not hold events such as these.

2019 South Australian Store of the year:

Store of the year Under 2500sqm – Port Broughton Thrifty Link 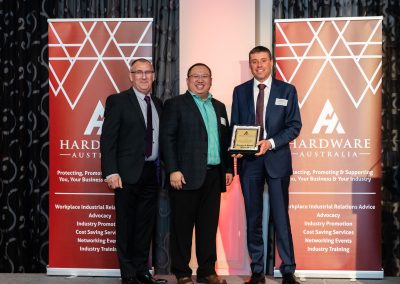 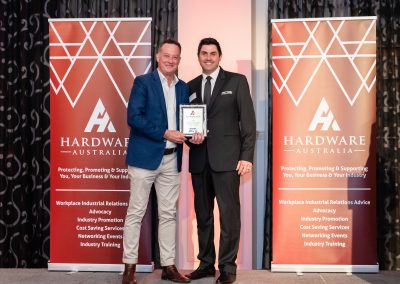 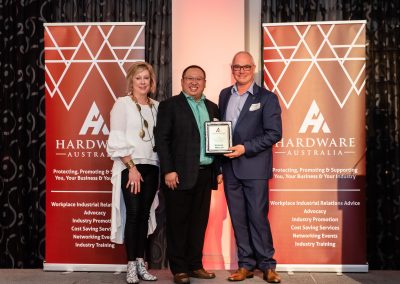 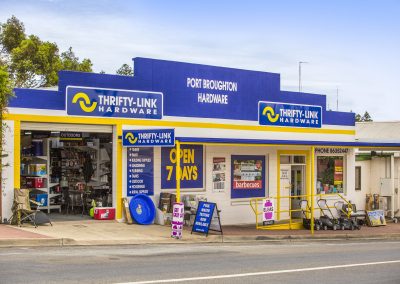 2019 Hardware Supplier of the Year – Bremick 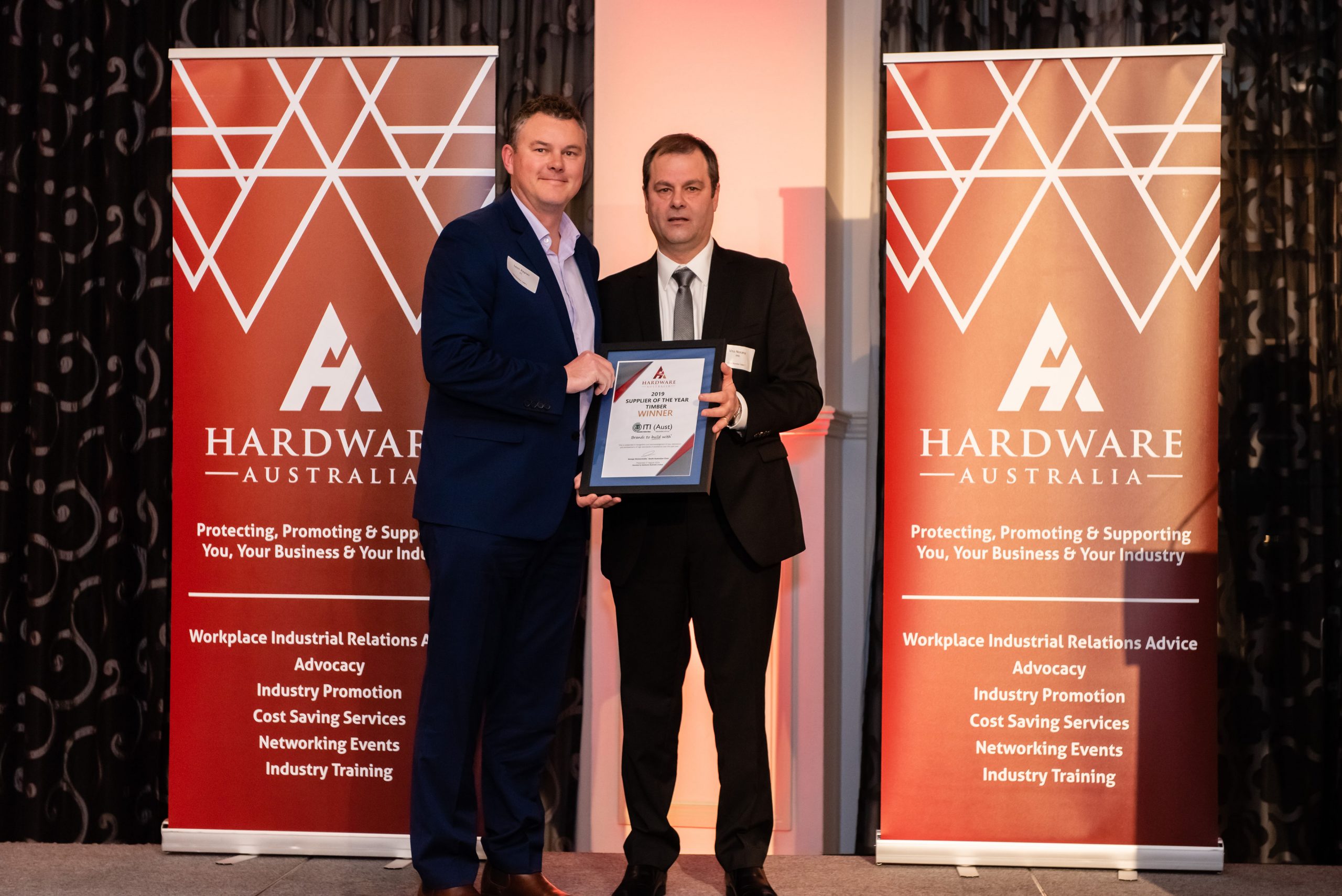 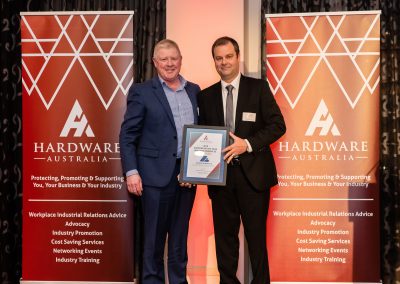 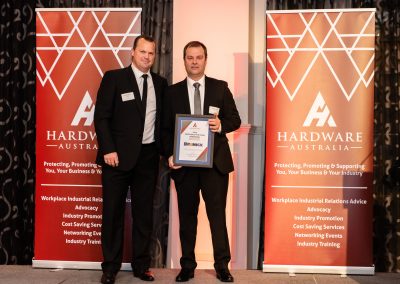 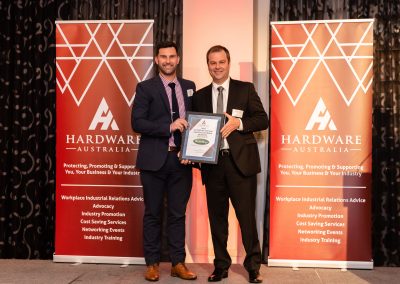 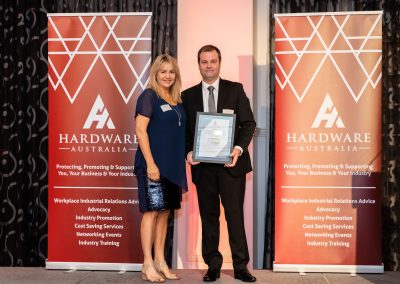 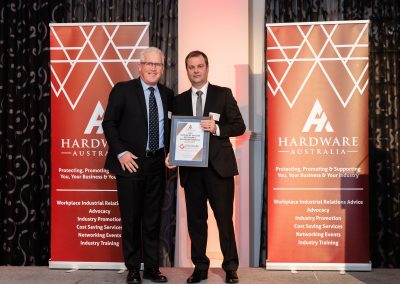 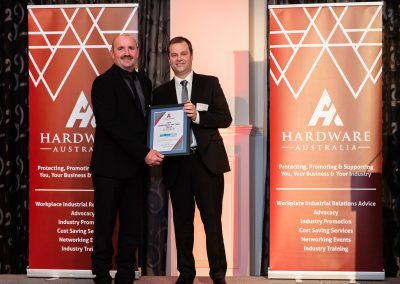 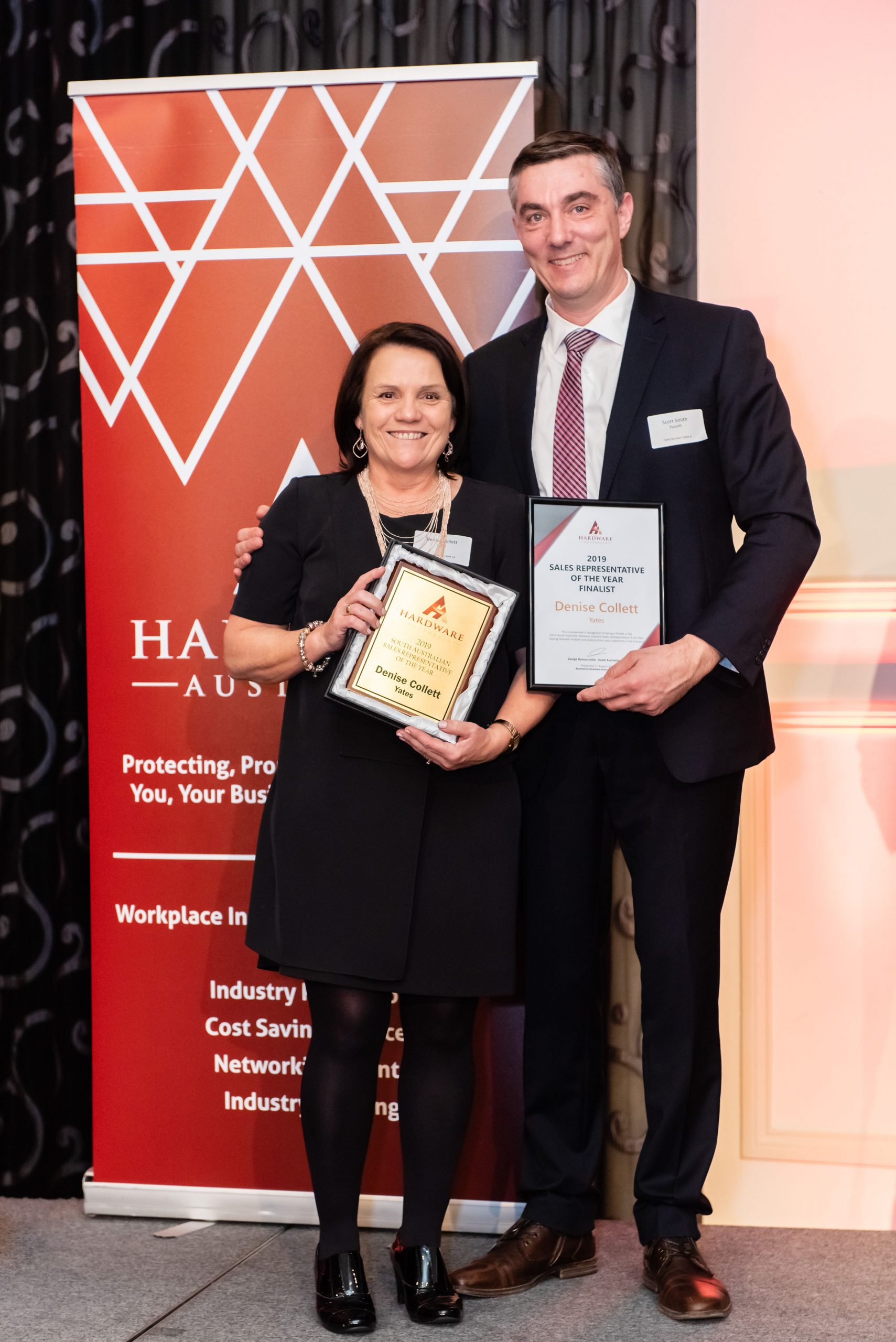 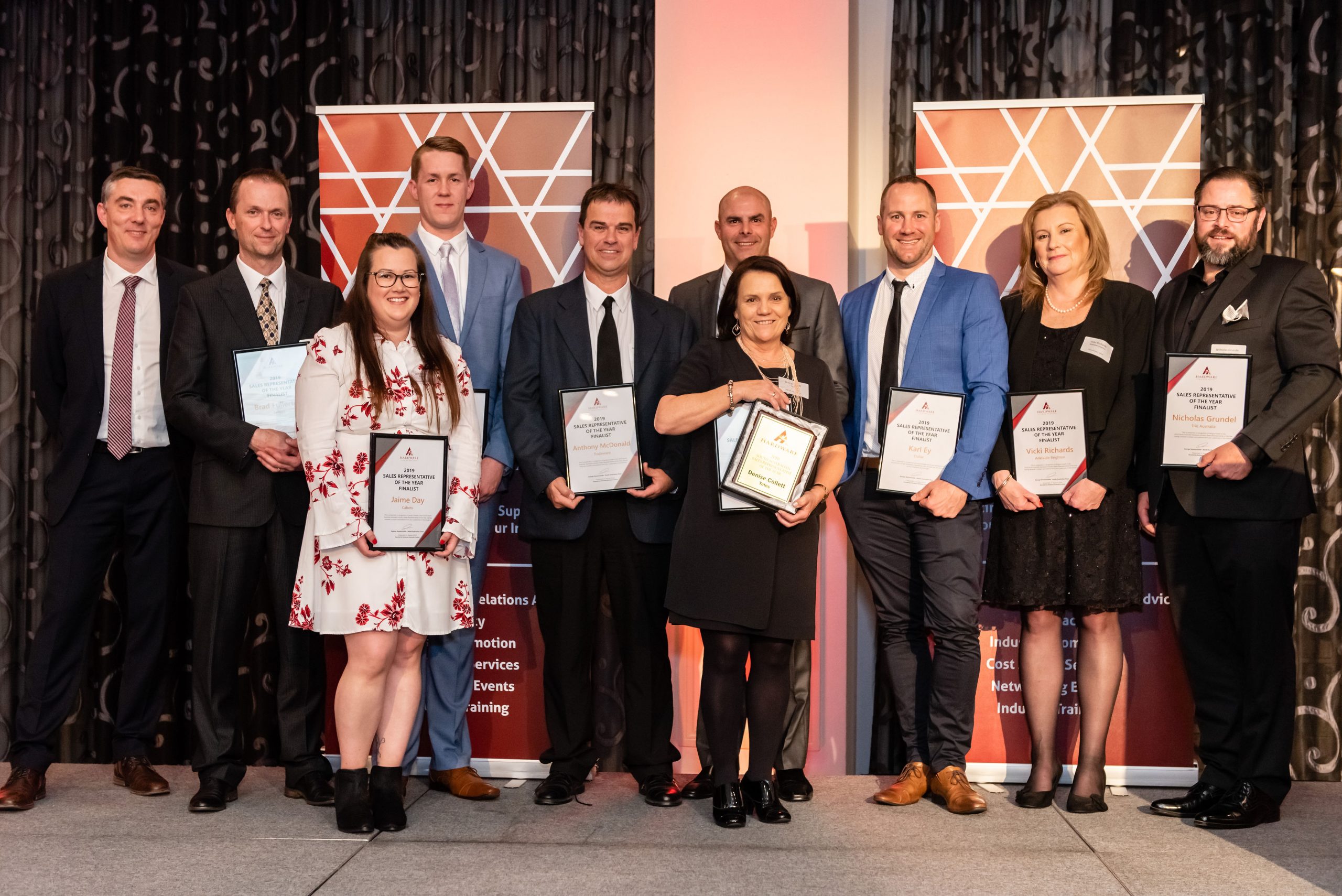 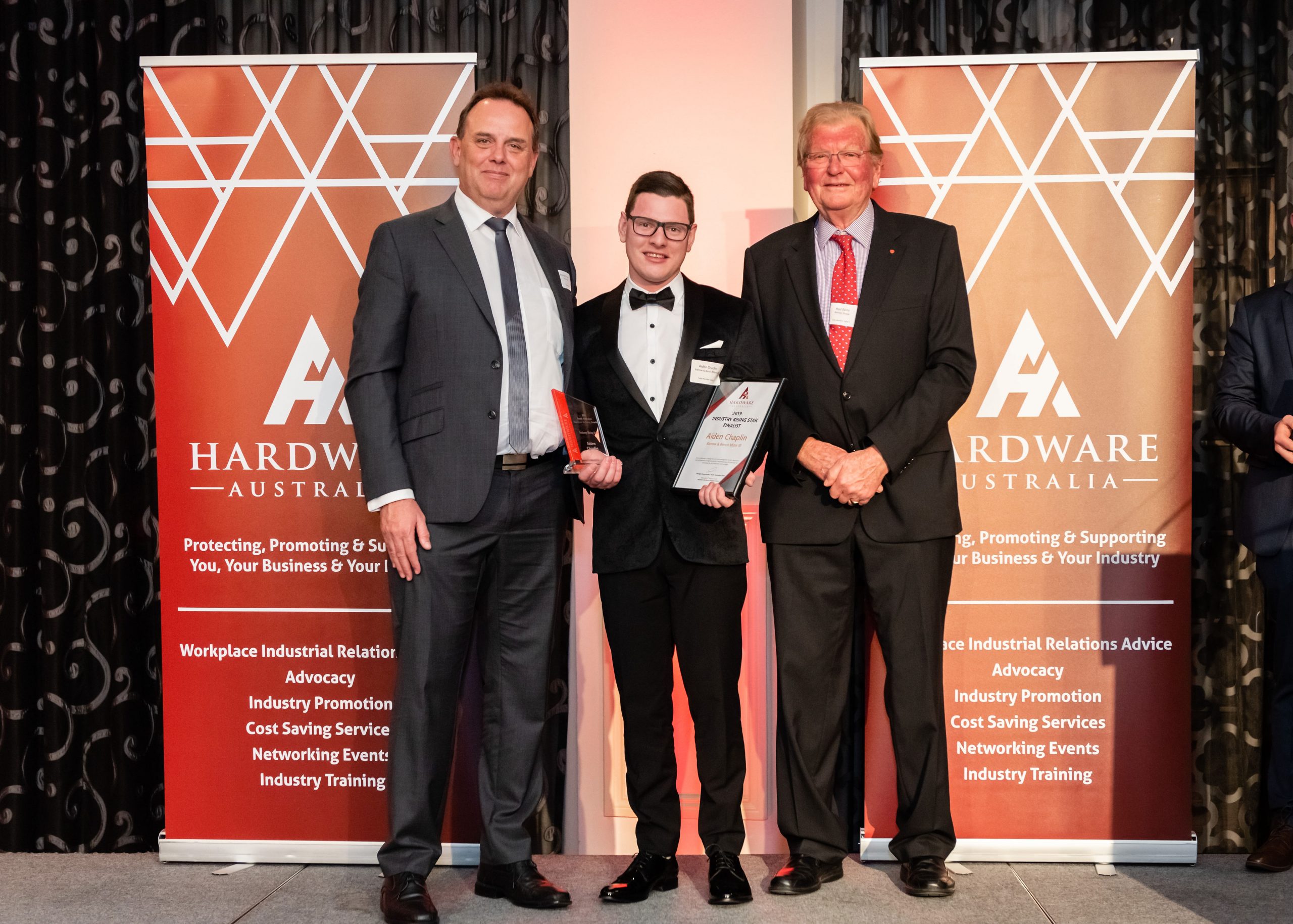 Dedicated, efficient and dependable is how this year’s rising star finalist is described by his peers. Aiden joined the team at Barrow and Bench in September 2009. His job was to monitor and guard the carpark-sales stock and help customers load their cars with items they purchased from the store. Aiden has worked in a number of stores in South Australia and he knows that hardware is where his passion lies. Enjoying the customer service aspect of the role, he believes good customer service starts with greeting, responding, explaining, asking and thanking your
customers.

He has completed a number of industry training courses and is currently undertaking a management development course. He hopes to continue to improve his skills and grow as a person. He will continue to challenge himself and hopes to become a Store Manager in the next 5 years. 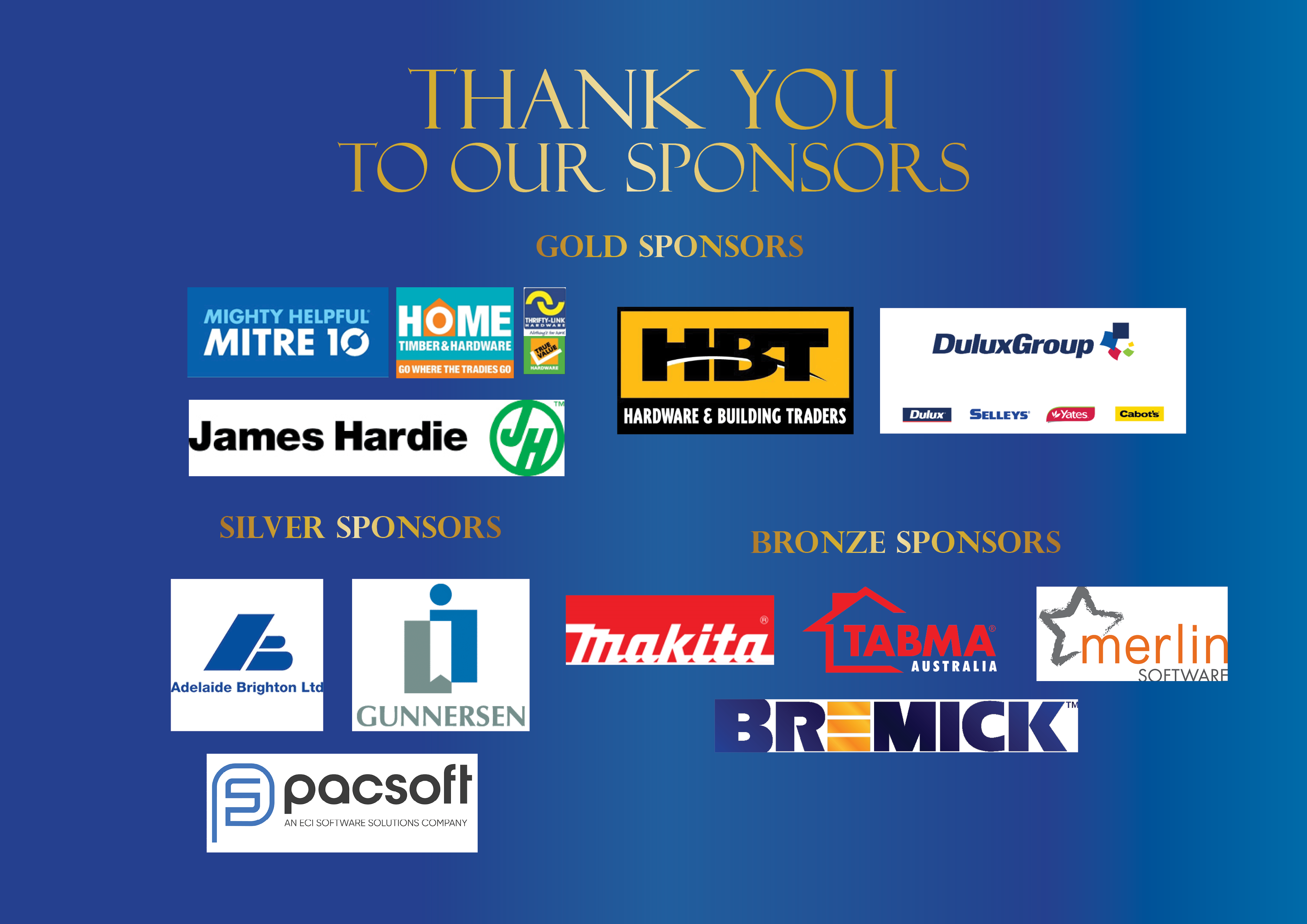