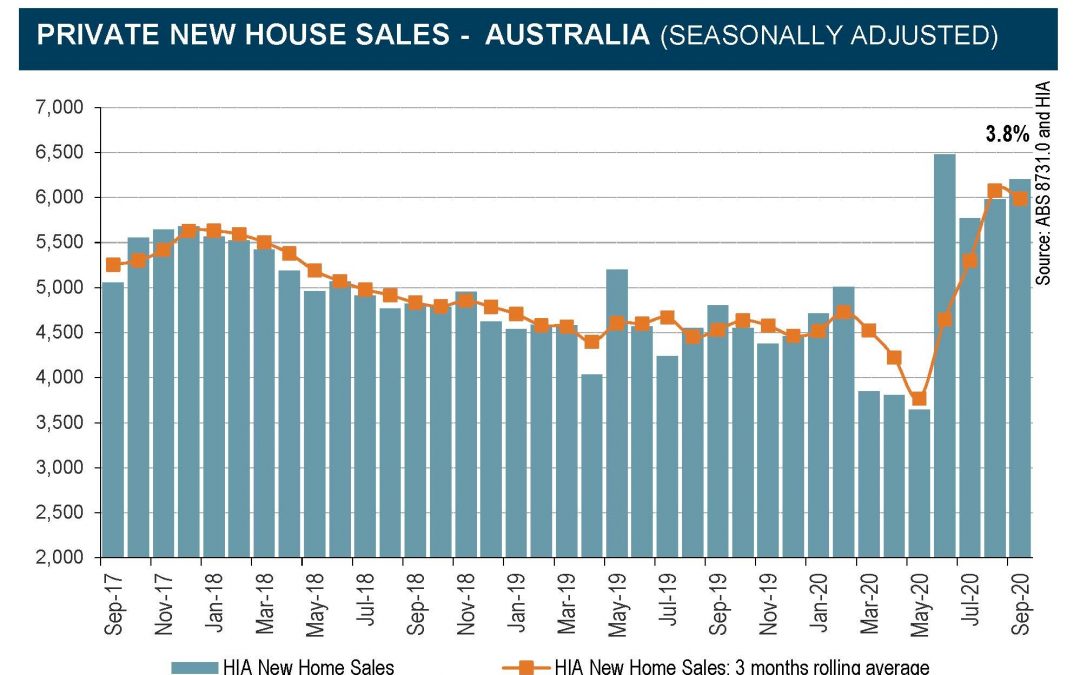 “The full impact of HomeBuilder is now evident in the HIA’s New Home Sales Report with sales now 11.8 per cent higher in the seven months since restrictions came into effect than at the same time last year,” commented HIA Chief Economist, Tim Reardon.

The HIA New Home Sales report – a monthly survey of the largest volume home builders in the five largest states – is a leading indicator of future detached home construction.

“HomeBuilder was designed as a short and sharp consumer incentive to shore-up the number of new homes commencing construction in the December and March quarters.

“HomeBuilder has been successful in providing consumer confidence for those customers that had delayed a major investment decision earlier in the year.

“The program has also brought buyers into the market that would otherwise not been able to purchase their first home for a number of years.

“This increase in sales will support the construction of detached homes in the wake of the COVID recession and pull the rest of the economy forward into 2021.

“The positive impact of HomeBuilder has varied across the states.

“Despite a fall in sales in Western Australia in the month of September, new home sales in the seven months since March are almost 100 per cent higher than at the same time in 2019. This should see an increase in new home building to levels last experienced a few years ago, but not back to the boom levels of 2014.

“South Australia is also seeing significant new investment coming into the pipeline and a very strong start to 2021.

“Sales in Victoria were surprisingly strong considering stage 4 restrictions were still in place. This result likely reflects contract negotiations that commenced before restrictions came into effect.

“Sales in New South Wales continued their slow and steady rise with a 9.7 per cent increase in the September quarter compared to the June quarter. This leaves sales in NSW consistent with levels in 2019.

“With the program ending on 31 December for eligible sales, there is a very limited window of opportunity for prospective HomeBuilder customers to purchase a new home.

“Delays in the processing of new home loan applications is the most significant constraint to getting these new building projects under construction. Processing times for new home loans remains at around 2 months.

Over the seven months to September, sales have increased in Western Australia by 95.7 per cent compared to the same time last year. Queensland (+7.1 per cent) and New South Wales (+3.3 per cent) have also increased. South Australia has remained steady (+0.5 per cent) over this period while Victoria is still down by 10.8 per cent.

What to know more?

On 24th November 2020, Tim Reardon, Chief Economist for the HIA will provide his insights into the housing industry. Hear the latest economic forecasts (including state by state report).

This is a free industry event, click below to find out more and register now. 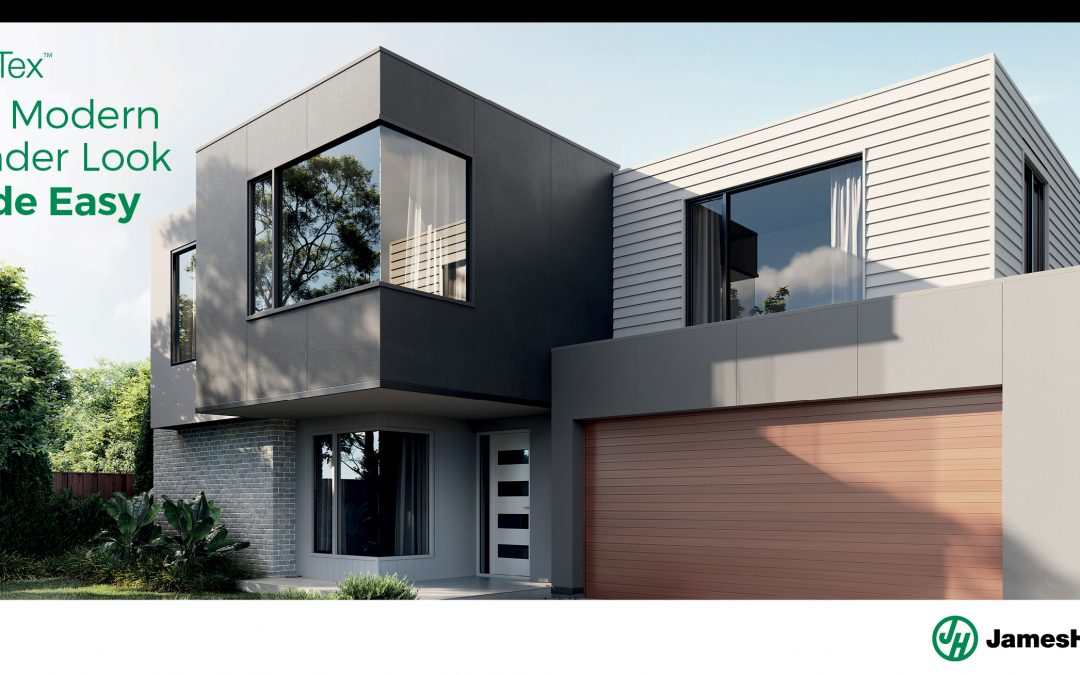 Our supplier partner, James Hardie has many exciting things to share you you this month, including:

EasyTex™ is a pre primed fibre cement panel embedded with a fine texture to deliver a modern render design aesthetic. Each panel features a v groove, ship lap joint along the two vertical edges. EasyTex panel is easy to install, resistant to cracking and lime staining, and comes ready to paint.

EasyTex – The Modern Render Look Made Easy video
The mixed cladding design trend is growing. James Hardie’s new product EasyTex™ Panel helps you to achieve a modern render look without all the problems that are generally associated with traditional render products. 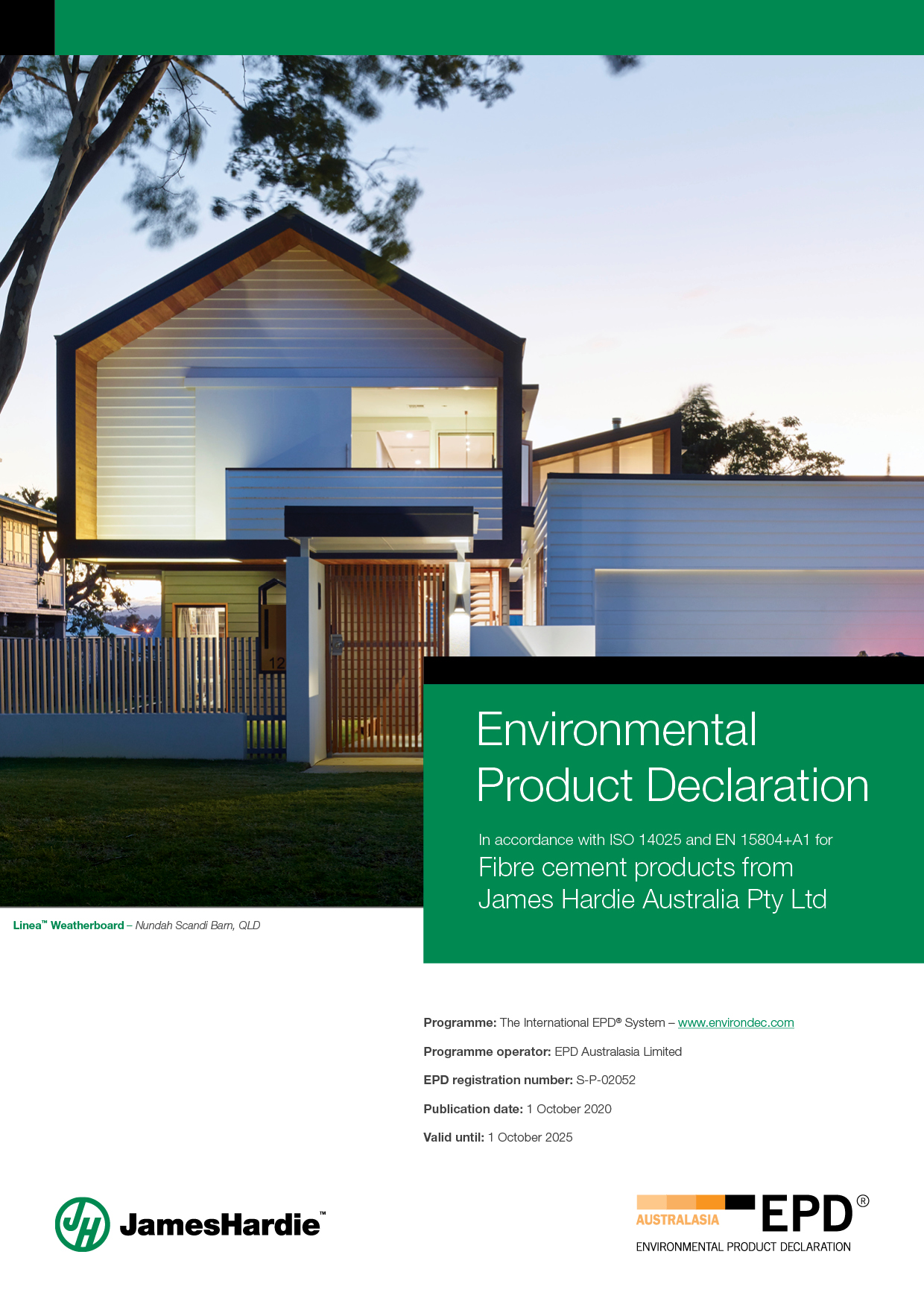 At James Hardie , together with our customers, we work to deliver products that are resource efficient and low impact across all phases
of the product life cycle.

To ensure we give complete transparency of our carbon footprint, we have launched a new, extended Environmental Product Declaration (EPD). Provision of such information via EPD offers one of the highest forms of environment declaration which is internationally recognised and verified according to ISO 14025 and EN 15804 standards. James Hardie has updated and extended its 2020 EPD to include its full product range. This assists our customers contribute to environmental rating and procurement schemes such as Green Star, LEED and Living Building Challenge.

Find Out More
Next Entries »