Prime Minister Anthony Albanese was today sworn into office, kicking off the tenure of his Labor government.

Sensing the potential for a shake-up in Canberra, business groups including the Council of Small Business Organisations Australia (COSBOA), the Australian Retailers Association (ARA), and the Australian Chamber of Commerce and Industry (ACCI) have now outlined their policy priorities.

“The first priority must be ending the most acute labour and skill shortages in 48 years,” ACCI chief executive Andrew McKellar said.

“Small businesses cannot afford for the next federal government to drag its heels on growing Australia’s workforce.”

The ARA also circled labour and skills shortages as a top five priority, while COSBOA called for the incoming government to eliminate “barriers” between employers and their potential employees, “such as negative impacts on tax, access to benefits, and pension”.

Workplace and wage equality remain key issues too, with the ARA calling on Labor to “advance social and economic outcomes” alike.

The party pledged a broad reworking of the temporary visa system, opening another pathway for migrants to become permanent residents. It has also backed the Coalition’s 2022-23 federal budget pledge to provide bonus tax rebates to small businesses investing in tech training, a move warmly welcomed by employers.

However, the crux of its skills platform rests on its free-free TAFE plan, which will take years to come up to speed.

The cost of doing business is surging, led by the price of materials, fuel, and power (plus some labour, as mentioned above).

The ARA has called for further supply chain resilience, to avoid the kind of shocks faced by local retailers battling delays caused by COVID-19 backlogs and natural disasters.

Likewise, COSBOA says the incoming government must “address the criticality of supply chain issues and the impact they are having on small business’ input costs”.

The small business sector is waiting for more detail on how Labor’s $15 billion National Reconstruction Fund and $1 billion advanced manufacturing scheme will operate, with an eye to how they could bolster Australia’s self-sufficiency.

Meanwhile, regional centres are still recovering from devastating flooding across Queensland and northern New South Wales, to say nothing of businesses decimated by the 2019 bushfire season.

“We are keen to advance collaboration with the new government around climate action,” ARA chief executive Paul Zahra said in a statement.

“Retailers are already well underway in their plans to address challenges within key areas such as energy use, food and textile waste, supply chain transparency and the circular economy. We need deeper and stronger integration with government plans in all these areas.”

Labor campaigned on a promise to ensure multinational corporations pay their fair share of tax, a move the party said would assist in “leveling the playing field for Australian businesses”.

However, the small business community is keen to find its own tax cuts, on top of the promise to crack down on the big end of town.

Approximately 17% of businesses with a turnover between $1 million and $5 million listed company tax cuts as an election priority, according to data compiled for business financier ScotPac.

Even more important for the sector: another extension of the instant asset write-off scheme. Around 22% of SMEs surveyed called the policy an election priority, before its expiration in mid-2023.

While the Coalition’s ‘stage three’ tax cuts are supported by Labor, COSBOA described its overall tax policy as “very vague” for small businesses.

The small business sector wants to improve its dealings with big business and government alike.

COSBOA is crystal clear on its approach to competition regulation: the peak body wants enhanced powers for the ACCC, allowing it to “impose greater conditions on
acquisitions to protect competition in the market”.

Beyond shielding small business from the economic clout of multinationals, COSBOA wants to increase the proportion of government contracts held by SMEs.

Labor has pledged some support in this regard, with its Buy Australian Plan focused on “decoding and simplifying procurement processes” for small and medium enterprises.

Labor has presented its own plan to protect small businesses.

On top of its big business tax compliance agenda, Labor plans to institute a mechanism ensuring payments to SMEs are made within 30 days, improving cashflow to smaller enterprises.

Understanding the Difference Between Overtime VS Time in Lieu

Understanding different payment terms can be confusing. There’s ordinary time, overtime and time off in lieu to make sense of.

Given the penalties for getting things wrong, it is important to understand when an employee is entitled to be paid overtime for the hours they have worked or whether providing time in lieu of paying overtime is available for you and an employee, and if so what rules apply.

WHEN WOULD AN EMPLOYEE BE ENTITLED TO OVERTIME?

If the employee is not covered by a modern award or enterprise agreement, then whether they can earn overtime is a matter for their employment contract.

Very few employees not covered by a modern award or enterprise agreement get overtime in Australia. Some shift supervisors do in the heavy manufacturing sector, but this is rare.

When overtime applies can vary greatly between modern awards. It usually includes an employee working:

HOW IS OVERTIME CALCULATED?

In modern awards (and most enterprise agreements) overtime payments are based on a multiple of an employee’s ordinary time hourly rate of pay. Modern awards that provide for overtime require overtime to be paid:

HOW IS OVERTIME CALCULATED?

The question is answered in the National Employment Standards. An employee does not have a right to work overtime unless you have created one through your employment contracts. Deciding that overtime is needed is a matter for the employer.

It’s a little unusual as it requires two very similar but not identical tests for the employer and employee:

In considering what is reasonable or unreasonable in the circumstances, the legislation requires the following to be taken into account:

TIME OFF IN LIEU OF OVERTIME

For some employers, TOIL is valuable business flexibility as it allows them to substitute a form of leave for what would otherwise be an additional payment and therefore cost.

TOIL is used quite a lot in the public sector and also in sectors like health, social welfare and personal care as well as for many clerical office roles. It tends to suit jobs where the employee can be off for a short period without disrupting the usual workflow.

You can see this in an office environment where a clerical worker might take an early-mark on a Friday afternoon at 2pm as TOIL rather than be paid overtime earned at another time.

This may cause little disruption to the workflow of the office, save the business from paying the overtime and provide valuable work-life balance for the employee.

ARE THE TOIL RULES ALL THE SAME?

In a modern award, they are similar but not always the same. Most have the following features:

HOW IS TOIL CALCULATED?

One of the things you have to watch out for in modern awards is how the amount of time off is calculated. In some, it is an hour off for each hour of overtime worked and in others the hours off equal the paid hours.

For instance, if an employee worked two hours overtime to be paid at time and a half (150%) they would be entitled to three hours pay at their ordinary time hourly rate.

In this example, some modern awards will say that if the employee wants TOIL:

Many but not all modern awards provide for time off in lieu of overtime.

Industries covered by modern awards that include time off in lieu include:

IF MY EMPLOYEE IS COVERED BY A MODERN AWARD AND ASKS FOR TOIL, MUST I GIVE IT TO THEM?

Remember its “by agreement”.

TOIL may sound like a good option for your business, but remember it can only be used by agreement under modern awards (and likely enterprise agreements).

If your employee works overtime and asks for TOIL but it does not suit you, politely say no. Neither you nor your employee is under any obligation to agree to TOIL.

It is important to get this right so get in touch with our Workplace Advice Line today. 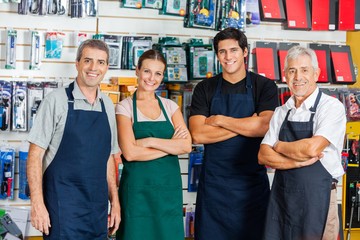 Employing Trainees in the Workplace

Why employ a trainee with your business?

Trainees and apprentices will be trained to meet the specific needs of your business while also gaining a nationally recognised qualification. It will increase your ability to reduce staff turnover and ensure succession planning is in place. Employing young trainees in the business promotes loyalty and investment in your staff from day one.

What is a GTO?

How using a GTO can be beneficial to your business:

The first Group Training Organisations (GTO) were established in the 1980s to support the retention and completion of trade apprentices. Fast forward to now and many GTOs are in operation, servicing specific industries or operating as generalists.

TABMA Apprentices and Trainees provides services to the hardware, building materials and timber industries, with a dedicated team of field officers, recruiters and admin support. You can take comfort in knowing the team is here to guide you from day one.

Understanding how apprenticeships and traineeships work can be complicated for businesses to navigate, especially small to medium size companies.

Partnering with TABMA’s GTO means it will take care of all the recruitment and paperwork, liaise with the training authorities, organise the training contract sign-up, ensure the employee is registered into the correct qualification. We also take care of weekly payroll processing, keeping up to date with award changes and assisting with the onboarding and monitoring.

Working with TABMA means you don’t have to deal with the challenges of paperwork, understanding pay rates and anniversary dates, and onboarding young people.

By taking on a trainee or apprentice you are addressing the skills shortages by thinking long term. While it does require patience and training, trainees and apprentices can be valuable members of your team.

TABMA’s GTO staff continue to participate in workshops regarding youth employment, diversity, and career expos at schools and community events, participating in programs to address skills shortages and awareness of VET pathways for young people.

If you would like to find out more information about employing trainees or apprentices or upskilling existing staff, please contact Alicia eo@hardwareaustralia.com.au and she will be able to put you in touch with the right person.